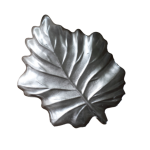 “I first met Judith in 2006 when I was managing a large flagship store in London. I had been promoted into the role internally and the branch was underperforming at the time. For a number of reasons, the role felt very pressured and an enormous challenge and it’s fair to say the job was my life!

I had never worked with a coach before, I didn’t really know what it was all about and I was very sceptical and nervous about the whole thing. The CEO told me that she wanted me to work with a coach for support and my own development; she believed I had a future with the company and was worth investing in. Despite all this, before meeting Judith, I thought it was a process to find out what I was doing wrong. No surprise, my management style lacked confidence and I was known for giving myself a tougher time than anyone else – exactly why I needed Judith! After my third session with Judith, I found myself looking forward to my next session – an unbelievable difference from how I felt at the outset.

Working with Judith was one of the best experiences of my career to date. Within a few sessions, I found myself feeling totally different! I gained confidence, I believed I was a capable manager and actually doing a good job, trusted others more and stopped feeling guilty (Judith gave me some great reading material all around guilt which I still read today). I found myself becoming much more disciplined with my time and planning in ‘Jo time’ – I realised that I gave a lot of time to others but never to myself. I began making demands on my line manager (reasonable ones!) which was unheard of.

I learnt so much working with Judith. Short term I learnt to manage people and tasks differently & better, and in ways, I had never considered. Communication with my team (12 managers & 100 staff) became more streamlined but far more effective. For the first time, I learnt to manage my line manager and after 5-6 sessions with Judith, my self-confidence was the highest it had ever been. 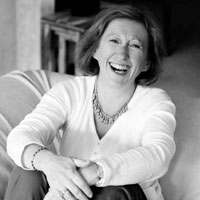 Long term I am still benefiting today from my time with Judith – I am a more confident manager and I have learnt to be better at networking (previously something I was quite apprehensive about). I have always been a highly organised manager but I have learnt to plan, really plan, and my current diary even has ‘admin time’ and ‘Jo forward planning time’ planned in and I now have more quality time at work than ever before. I have also finally achieved a work-life balance that is right for me. Train journeys to and from work used to be a head buried in the laptop and a rather stressful start or end to the day – now they are quality reading time.

Working with Judith has benefited my personal life as much as my professional one. I have only one regret from meeting Judith and that is that I wish it had happened a lot earlier. “

My story and how seeing  Judith got me through.

When I met Judith my life felt like hell. To everyone (except my partner) I was fine, I was still the happy, bubbly person I always had been, I had perfected wearing a mask that much. But on the inside, I questioned daily the point of being alive – what was the point of living with this much pain? But why the pain? I didn’t know what had caused it and that was my biggest question. I spent every day putting others before me, making sure everyone else’s needs were met and never my own. Being a teacher, a granddaughter of a very ill disabled grandmother, a supportive friend and family member that was a lot of people to please! I felt I was failing at everything. But I also felt like a freak – to everyone looking in my life would have seemed ideal and perfect. But I didn’t feel like that. To me, it was just all hard work that I didn’t want to do anymore.

Before I met Judith I had been to my GP and been diagnosed with moderate to severe depression, he placed me on a waiting list for Cognitive Behavioural Therapy. I was told I would be contacted shortly – I was finally seen 3 months later! I met the therapist and found it impossible – she didn’t like the way I answered her questions, the fact I couldn’t give a reason behind my depression and that I told her I felt suicidal but would never ever act on these feelings. The next day my GP called and told me that the therapist felt I was ‘too much to handle’ and refused to work with me again! It was my very nightmare therapy coming true.

Then I found Judith…….

Within a week of contacting Judith via email, I had an appointment the following  Saturday. It was so important to me that I could have appointments in the evenings or at the weekend, that worked best for me and meant that my partner could drop me off for moral support. My first meeting flew by, I explained my story so far and felt I was being listened to and understood for the first time.

I had anticipated that I would be asked what was causing my anxiety and discontent, but instead, we focussed on what I wanted to be like, what I wanted my life to be like at some as yet undetermined point in the future.

Soon I had regular evening appointments. I will be honest, sometimes I really didn’t want to go, it was hard and sometimes I did leave with more questions but I never once doubted that the sessions were helping me. I loved the fact that the sessions started with how I had been and that determined what course the session took if something was particularly troubling me I had a way of dealing with it then and there.

She made me realise what an important person I was to so many people and that to carry on looking after and supporting others I had to do this to myself first. She almost gave me a reason to relax, take a step back and for the first time ever put myself first.

I found that Judith often led me to answering my own questions. Sitting here and writing this I realise that actually one of Judith’s great skills was making me think we did it together. She didn’t change my life, we did it together. This has given me the strength to carry on on my own after the sessions finished, and feel that I have my life in my own hands.

Being honest, I still get days when I feel down, that I question life. But now I can recognise that feeling within a day, I take a step back, look at what is getting on top of me and have some ‘me time’. I think of the things I learnt and what Judith taught me and carry on. I have learnt that I am my priority and to keep with the life I choose to lead I must care about myself.

If I became ill again, or even thought that I had that feeling I would call Judith without a second thought. So few people understand the mind of a depressive, what people actually feel like and to meet Judith, to have never ever felt judged, forced into a corner or let down by someone who I had never met before was incredible. Judith helped fix me, improve me, heal me and just make me me again. Without a doubt visiting Judith was one of the best decisions I have ever made in my life and helped make my life what it is today. I only wish I had gone to see her earlier!

This website uses cookies to improve your experience while you navigate through the website. Out of these cookies, the cookies that are categorized as necessary are stored on your browser as they are essential for the working of basic functionalities of the website. We also use third-party cookies that help us analyze and understand how you use this website. These cookies will be stored in your browser only with your consent. You also have the option to opt-out of these cookies. But opting out of some of these cookies may have an effect on your browsing experience.
Necessary Always Enabled
Necessary cookies are absolutely essential for the website to function properly. This category only includes cookies that ensures basic functionalities and security features of the website. These cookies do not store any personal information.
Non-necessary
Any cookies that may not be particularly necessary for the website to function and is used specifically to collect user personal data via analytics, ads, other embedded contents are termed as non-necessary cookies. It is mandatory to procure user consent prior to running these cookies on your website.
SAVE & ACCEPT